Taxes
in the
United States

We have more than

in the United States.

Here in the United States of America, all individuals and entities pay taxes on income with very few exceptions. Those exceptions are:

3) The entity is tax-exempt. Tax exempt entities do however, pay income tax on profits derived from activities unrelated to its tax exempt purpose. A separate tax return, Form 990T is required. This is known as Unrelated Business Income Tax (UBIT). 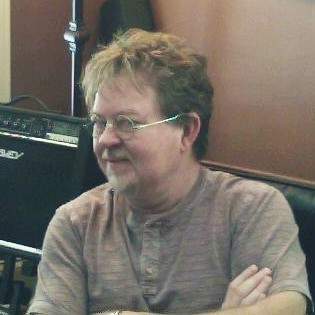 "It's saturday and I'm here in my office at home, waiting for the Alabama and Tennessee college football game to come on. There has been a lot of talk about both Trump and Clinton's charitable foundations, and almost everything I've heard or read on this subject is colored just enough to either condemn or support a political stance."

"So I thought I would actually look at the tax returns and share some factual information. When a dozen people look at a tax return they will formulate a dozen different opinions. This is especially true if those people are politically motivated, the media or the most laughable analysis I've read came from a college professor."

To be tax-exempt under section 501(c)(3) of the Internal Revenue Code, an organization must be organized and operated exclusively for exempt purposes set forth in section 501(c)(3), and none of its earnings may inure to any private shareholder or individual. In addition, it may not be an action organization, i.e., it may not attempt to influence legislation as a substantial part of its activities and it may not participate in any campaign activity for or against political candidates.

Let's begin by taking a look at the Clinton Health Access Initiative, Inc. which is a 501(c)(3) tax-exempt organization. I obtained a copy of the 2012 tax return. As you can see from the excerpt below, the organization gave away less than ten percent of its income and paid out approximately fifty percent of its income in salaries, other compensation and employee benefits.

Now although the tax return must be made available to the public, the details about the $37 million in salaries are not required to be disclosed. On page 10 Part IX Statement of Functional Expenses, I see that $4.4 million of the salaries, other compensation and employee benefits were allocated to Management and General Expenses, with $997,426 allocated to Fundraising Expenses. The remaining bulk was allocated to Program Service Expenses.

Page 10 of the Form 990 Tax Return is where you look to see how a nonprofit organization spends its money. Expenditures must be allocated to 1 of 3 categories; 1) Program Services, 2) Management and General or 3) Fundraising Expenses. Who makes the allocation? The entity itself.

While I was researching for this brief article I ran across something very interesting. Remember Debbie Wasserman Schultz? She was the head of the Democratic National Committee who was caught rigging the system for Hillary to defeat Bernie Sanders. Look at this excerpt from the Bill, Hillary & Chelsea Foundation 2012 tax return.

From the Balance Sheet of the 2012 Tax Return, you can see that The Bill, Hillary & Chelsea Clinton Foundation had accumulated $139 million of property (land, buildings and equipment) and had accumulated $89 million in Savings and Temporary Cash Investments.

What is the significance of the organization spending $139 million on property? Two factors: 1) Is a $139 million of property reasonably required to carry out the stated exempt purpose of the organization? and more importantly, 2) How the depreciation expense of those assets were allocated to the three categories on line 22 of page 10 on the tax return. In this case, I/we see that 98.6% was allocated to Program Services, 1% to Management and General and .4% to Fundraising.

Example: An office building would normally be allocated to Management and General Expense, while a warehouse to store medicine for shipment overseas would be allocated to Program Services.

What is the significance of accumulating $89 million in cash? Line 2 page 11 of the tax return shows that cash in savings and temporary investments increased by $23 million in 2012. This illustrates that 45% of all contributions and grants during the year were hoarded by going straight to a savings account and not used for the intended charitable purpose.

Note: The above 990T is self described as a rental catering business, this is taxable activity on which they would have paid income tax on any profit but it showed a loss.

Note: The above CHAI stated mission and most significant activity is to support Governments to build and strengthen integrated health systems in the developing world.

There is nothing here to debunk, no allegations, no accusations, in fact I have not even opined on anything. I merely looked at factual information that was readily available and highlighted what stood out to me. Why am I sharing this information? It certainly is not to influence or attempt to change anyone's mind about anything. I believe the more factual information we have, the better informed we are, the better our decisions will be.

No 501(c)3 can operate for long in this manner without having their status revoked. You cannot comingle charity, politics and for-profit business like this (not my opinion, just tax law). Doug Band Memo and Podesta Response to Doug Band Memo and this Wall Street Journal op-ed piece summarizing much of it entitled The Cold Clinton Reality.

Greg Cook is an Enrolled Agent, licensed by the U.S. Treasury Department to represent taxpayers before all administrative levels of the Internal Revenue Service (IRS). He is also a Certified Public Accountant licensed by the states of Alabama and Tennessee.